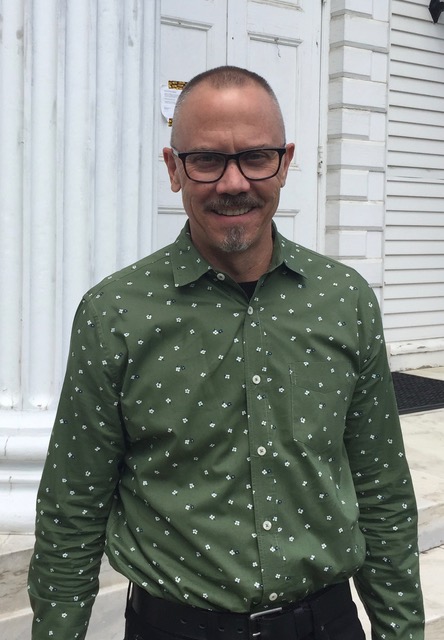 The Rev. Mark Seifried joins First Church as an intentional interim minister in August. Mark came to New England to attend seminary at Andover Newton Theological School over 20 years ago. He found so many kindred spirits that he never left. Since coming to the ministry, Mark has worked with urban, rural, and suburban congregations in the United Church of Christ throughout Massachusetts. First Church Williamstown is his eighth interim ministry setting.

Pastor Mark will cover pastoral duties such as preaching, visitation, counseling and administrative duties, plus will help us implement our vision, plan for the future, and be an active help in the search and call processes. Mark will be with us until the time we call a new settled minister.

Mark has lived in Boston for the last eight years. He is relocating to Williamstown to minister with us. He was born and raised in St. Louis, MO. He did his undergraduate work in Consumer and Family Sciences at Purdue University. He has lived in Nashville, TN and Birmingham, AL. He went to culinary school, managed restaurants for 10 years and worked as a vocational manager with people having dual diagnoses of intellectual disabilities and emotional distress.

Pastor Mark loves to read and listen to chamber music and jazz. He is an avid hiker, loves to garden and otherwise spend time outdoors. In the colder months, he will exercise indoors at a nearby gym. Mark practices his faith daily with Bible reading, contemplative prayer, and mindfulness, focusing on simplicity, honesty and loving kindness. Mark is very excited to be joining First Church and experiencing the richness of life in the Berkshires! 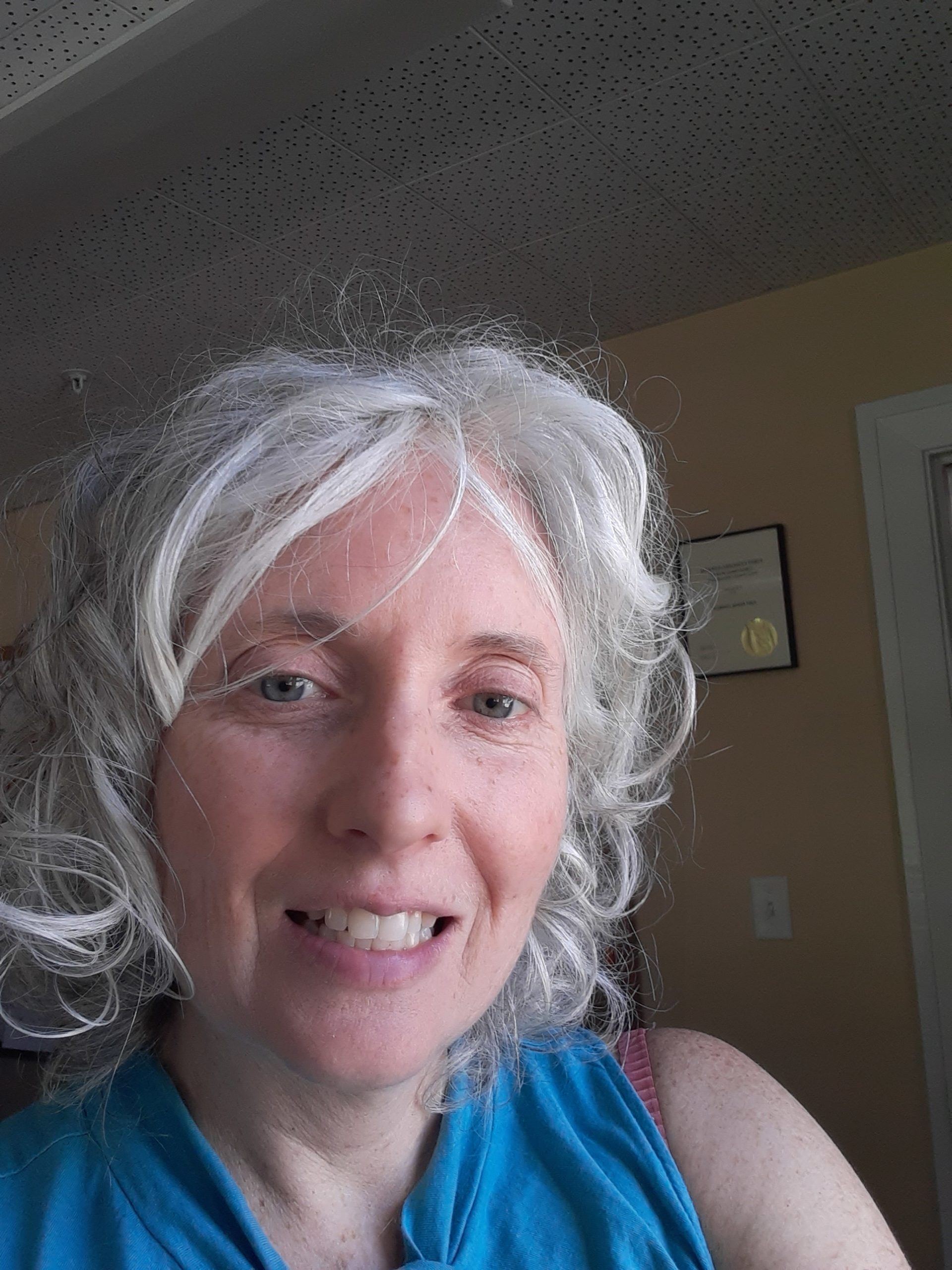 After serving in the Peace Corps in Jordan and working for Teach for America in North Carolina, Elayne came to Williamstown 18 years ago when her husband, a Williams alum, accepted a job at the college. Her two children, Amelia and Teague, attend Mt. Greylock High School as 11th and 9th graders respectively. Both children have “grown-up” in the church. Amelia now helps in the nursery and Teague assists with technology. She is excited to be a member of an awesome staff team and appreciates the opportunity to see Trevor, her husband, at work on Fridays when he stops in the office to say he is heading up to wind the church clock. She is passionate about supporting people: particularly in helping them be successful. She also cares deeply about wisely utilizing resources in our very robust community with many human and physical resources. She was born and raised in the Catholic tradition; and likes to say, with tongue in cheek, that she moved away from it because she doesn’t do guilt. Her faith journey continues with the central tenet that no one religion has all the answers. Her favorite thing to do in the Berkshires is play outside, particularly hiking. Anne was born and raised in Williamstown. She is a Williams College graduate, and moved back about six years ago after roughly 25 years living elsewhere (including 12 years in France and 6 years in Berlin.) She lives with her fabulous teenage daughter, Lola, and miracle cat, Milo. She appreciates the sense of community at First Congregational Church and always feels uplifted when she attends services. She also appreciates the church’s openness and tolerance in meeting people wherever they are on their spiritual journey. Raised to appreciate secular humanism, Anne came to the church as an adult after Iyengar yoga studies helped her discover a greater sense of purpose and spirituality. She particularly enjoys climbing to Stony Ledge. Ed moved to Bennington in 1974 for a public school teaching job. He only lasted a year in public school, but moved into choral and church jobs after that. Ed’s Methodist missionary grandfather was important in his early faith development. He has had a Vermont Civil Union, and now marriage, to his longtime partner Diego Uribe.  He’s pleased that First Church made an early commitment to be an Open and Affirming (LGBTQ-inclusive) church. He also likes that the church invites an open-minded, intellectual exploration of scriptural truth. He lives for outdoor activities in the summer, including vegetable gardening and blueberry picking. Bridget moved to Williamstown in 2004 with her husband, Don Zasada, to work on a transition plan with Sam and Elizabeth Smith in order to become the new farmers at Caretaker Farm. Bridget and Don have a daughter, Gabriela, 16, and a son, Micah, who is 12 years old. She values First Church’s focus on social justice and community, along with the activism of the church and individual members. Bridget grew up in the Catholic Church, attended Notre Dame, served as a lay missionary for two years in Chile, and here in town attends the Second Congregational Church in Williamstown. She loves hiking up Stony Ledge, which is a spiritual destination for her. She says the Stony Ledge vista “shows both how far I have come and how much more there is to experience.” 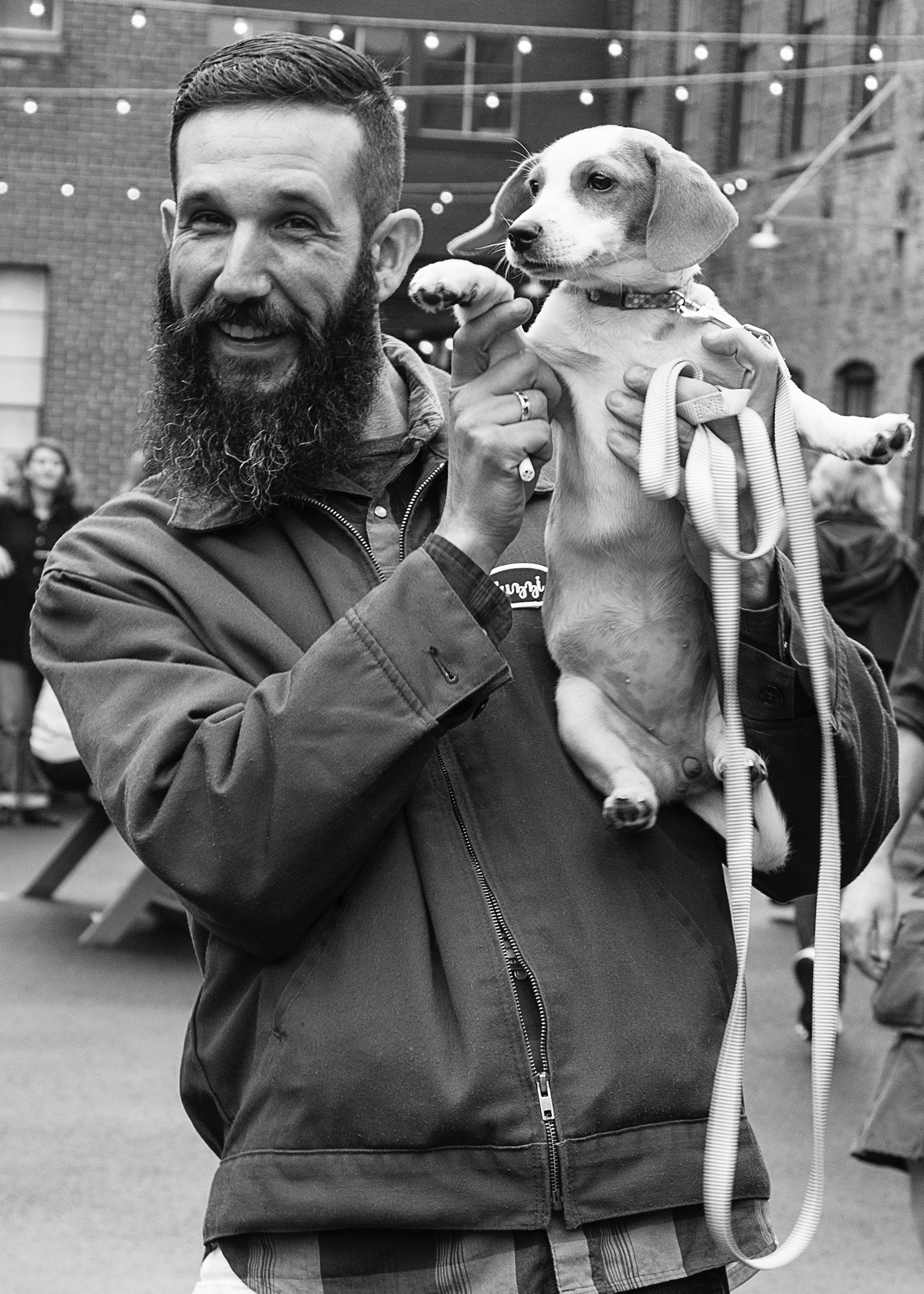 I was born and raised in Pittsfield. Moved to Williamstown in 1996.

Then I relocated toNorth Adams in 1999 to work at MASS MoCA. I was in MoCA’s performing arts department for 16 years.

My little puppy is named Piper.